As a screenwriter and screenplay analyst, I’ve worked with a lot of different kinds of screenwriting software over the years.

From early days playing around with Movie Magic Screenwriter to Celtx, Final Draft, and more – there are a ton of choices out there.

Here are some of the best, and why I recommend them.

I haven’t used Celtx in a while, but I still sometimes get sent scripts that were written in that program. It’s super cheap ($7.50/year at time of writing this), easy to learn, and accessible. That said, when I first started using it ages ago, it was free – so the cost is now more than $0! But, I do find it’s helpful for people starting out, who may not have more cash to spare.

I generally recommend Celtx to people who are starting out and uncertain if they want to pursue a screenwriting career. It’s an easy way to familiarize yourself with the basics of screenplay formatting, and it works for putting together a quick draft, without having to invest money in software.

This is actually one of my favorites. Highland saved my ass a while back, when I was working on a .pdf draft of something and needed to convert it to a screenplay. PDF to screenplay conversion is becoming more common in other software, but at the time – this was the only one that I could find that did it correctly. A quick upload in Highland, and the format was back, and I could edit it again!

I find the controls user-friendly, and it’s easy to pick up. Highland is in the app store, and honestly, a lot of people recommend this one above Celtx, though I’ve personally used it less.

Fade In has a stellar reputation among screenwriters for amazing customer service.

If you’ve been working in other programs for a while, you’ve probably had data losses and other glitches arise, and I’ve found that Fade In is usually quick to jump on any software issues. I recommend it because so many of my friends have transitioned over to it, and I’ve seen their customer service in action – it really is phenomenal.

Here’s your industry standard. I use this one, though I don’t love the implication that you need to upgrade the software whenever a new product comes out. And it’s not cheap!

But there’s a reason it’s industry standard. It’s user-friendly and does do solid updates. So, I do recommend this one to anyone who really wants to adhere to industry expectations.

Another nice element is compatibility. If you end up working with another writer or on a TV show, there’s a good chance they’ll be using Final Draft, and making sure you’re able to send and receive compatible files is helpful. That said, that’s becoming less of an issue as more programs have allowed for cross-compatible file output.

I love WriterDuet. I know they have a paid version, and they have a free version – personally, I just like the opportunity to dive into a script, make edits in realtime with my writing partner, and have it saved in the cloud.

These days, with a lot of us using a cloud server for most of our files, it’s less of a big deal than it used to be (and other programs have the opportunity to edit one file at the same time). But I like WriterDuet’s system, it works for me, and I’ve worked with it a lot, when I’m collaborating on a project.

I have never used this one, but I’ve heard decent things. I find Scrivener to be more popular in the novel world, but apparently people also use it for scripts. If you’re one of those people, drop a note in the comments and tell me what you love about it!

Can I Use Microsoft Word?

I needed to put a small caveat about Word at the end here. Honestly, you can write a screenplay in MS Word. It is possible. But possible doesn’t mean “good idea.”

While you can use the April Rider script to format your margins and create a template for yourself, the amount of time and energy spent in formatting seems like rather a waste. I’ve also received a number of scripts that were written in MS Word in Times New Roman font – and that’s unfortunately just not industry-standard.

So – I don’t recommend Word.

Why Does Software Matter?

Screenwriting is one of those strange areas of writing where format actually makes a huge difference. You probably know that 1 page of screenplay = 1 minute of screentime. So, judging how long a script is will give you a sense of how long the final film will be.

Screenplay format also supplies other information, like allowing your production team to break down how many days you’re shooting for and how many days the script takes place over. It helps casting see when new characters are introduced. There’s essentially a lot of data stored in the way a script is formatted, and it helps make sure the film is understandable and made in the way the writer intends.

If I Can’t Afford to Pay, Is That Ok?

Yes. As noted above, there are free options. If you’re looking to get Final Draft and have a friend who also wants it, consider splitting the cost and each getting 1 license for 1 computer. But – really – you can use free software. It’s fine.

What other thoughts do you have about screenwriting software? Is there a program you use that I’ve missed? Comment below and let me know! 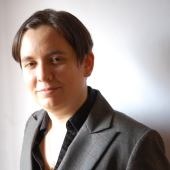 The Beginner’s Guide to Becoming a Professional Script Reader

17 Things to Remember Your First Year of Freelancing

Beginner’s Guide to Increase Your Productivity and Hit Your Goals